On 18th of March 2016 at the EU – Turkey summit, the leaders of member state countries and Turkey, in line with the previously accepted Joint Action Plan, agreed to return migrants, who arrived to Greek islands irregularly after 20th of March and who did not apply for asylum in Greece, to Turkey under the framework of Bilateral Readmission Protocol between Turkey and Greece which was signed in 2001.

Within the scope of the mentioned Joint Action Plan, 324 people – 202 people on 4th of April 2016 and 124 people on the 8th April 2016 – have been readmitted to Turkey from the Greek islands. According to Izmir Governor Mustafa Toprak; readmitted Syrians will be sent to the reception center in Adana and people from other nationalities will be put under administrative detention for the purpose of deportation. Indeed, except for Syrian nationals, every readmitted person has been taken to the newly opened Kırklareli Removal Center (RC) in Pehlivanköy district of Kırklareli province.

The EU officials have been highlighting that people who arrive Greece irregularly will still have the right to apply for asylum, the asylum seekers claims will be assessed one by one and only those who did not seek asylum, whose asylum application was considered inadmissible and whose asylum request was rejected will be returned to Turkey; and thus, international law and standards will be fully respected. Yet, the media reported claims that among the readmitted people there were some people who wanted to apply for asylum but were returned before they can register their application. The United Nations High Commissioner for Refugees (UNHCR) also acknowledged that these claims have high probability of being true.

If people who wished to apply for asylum in Greece have been returned to Turkey under the scope of Readmission Protocol, this indicates that people’s fundamental right to seek asylum has been violated by the protocols and joint action plans signed among states; and the rule of law lost its meaning.

In order to investigate these claims of readmitted asylum seekers, to make sure asylum applications of asylum seekers are registered and to start a legal procedure against deportation orders if there are any, we as Mülteci-Der made an official application to Kırklareli Bar Association. In our petition, we explained them the possible violation of non-refoulement principle and informed them about the possible free legal aid need of the detainees. Additionally, Mülteci-Der’s lawyer went to Kırklareli to follow up with the Bar association Free Legal Aid Department in person. The Free Legal Aid Department verbally rejected the free legal aid request on the ground of lack of lawyer and budget.

Thereon, Mülteci-Der lawyer went to the RC in Pehlivanköy-Kırklareli and demanded to meet with the returned detainees. Although the lawyer insisted on her request for 2 days, in the end her request was refused by Kırklareli Provincial Migration Management (PDMM) based on an order given to by the Directorate General of Migration Management (DGMM) in Ankara. The lawyer was prevented from seeing the detainees and the law was violated on the ground that “the DGMM has a working group on readmitted people and until they finalize their work, returned people shall not be allowed to meet with lawyers or anybody else”. By preventing lawyers from meeting with detainees arbitrarily and without any legal basis, the administration violated the law and once again the rule of law was not respected.

Under the light of these developments; we invite,

The EU and Greece:

-To follow policies that are based on human rights,

-To stop readmissions as the readmissions carried out under the framework of Joint Action Plan carry high risk of individual asylum claims not being assessed based on the merits of the case, hence can result in  rights violations and can result in mass deportation which is forbidden by international law,

-When assessing whether Turkey is a safe first asylum country or safe third country for migrants and refugees, to take into account Turkey is part to 1951 Refugee Convention with geographical limitation and also to show regard to actions and practices of Turkey in this field,

– To respect detainees’ right “to be allowed access to and given the opportunity to meet with their relatives, the notary public, his/her legal representative and the lawyer, as well as access to telephone services” as indicated in the Law of Foreigners and International Protection (LFIP) Article 59,

-To act in accordance with the non-refoulement principle which is also indicated in the LFIP Article 4 “No one within the scope of this of this Law shall be returned to a place where he or she may be subjected to torture, inhuman or degrading punishment or treatment or, where his/her life or freedom would be threatened on account of his/her race, religion, nationality, membership of a particular group or political opinion”,

-To take legal measures and actions against violations and possible violations,

-To visit people who are detained in Removal Centers, provide them with legal counseling and legal aid at these centers,

-To accept free legal aid applications made by asylum seekers whose asylum application is considered inadmissible, considered withdrawn, rejected, who have been issued deportation order and foreigners who are detained in RCs. 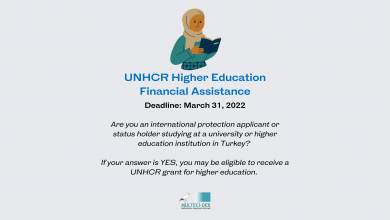 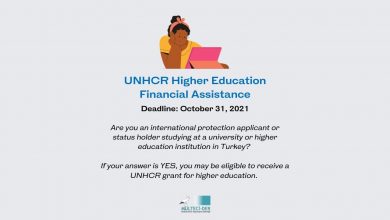 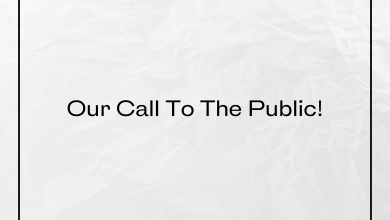